Roosevelt's legacy and Russian chiller-dillers about Lend-Lease: Western media digest as for April 29

The third month of Russia's full-scale invasion of Ukraine continues. From the very beginning, our struggle has not left the pages of the Western media.

On April 29, the media reported about the adoption of the historic Lend-Lease law for Ukraine, the capture of British volunteers, a quarrel between the British and Chinese foreign ministers, and London's willingness to help prove the war crimes of the Russian occupiers. In addition, the UN has finally admitted that "it has not done enough."

offers an up-to-date digest of English-language online outlets about the 66th day of active Russian invasion.

The Washington Post reports that on April 28, House lawmakers approved a bill that would allow President Joe Biden to send weapons to Ukraine and the US' Eastern European allies faster.

previously reported, the bill, passed 417 to 10 on the same day Biden asked Congress to approve $33 billion in additional aid for Ukraine — aims to help allies protect themselves from Russian aggression by streamlining U.S. arms transfer agreements.

The Senate passed the bill earlier in April, and it now heads to the White House for Biden’s signature before becoming law. 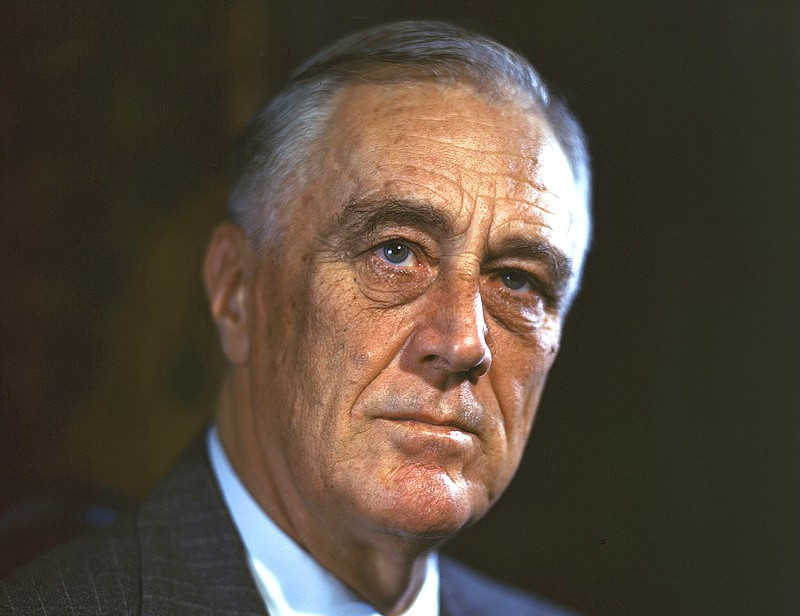 For its part, The New York Times gives a historical background on the Lend-Lease program that was created to fight the German invaders.

The legislation allowed the president to lease or lend military equipment to any foreign government "whose defense the president deems vital to the defense of the United States."

Roosevelt initially faced skepticism from isolationist members of Congress who worried the bill would plunge the United States more directly into the conflict, and he worked feverishly to win public support for the measure.

"And so our country is going to be what our people have proclaimed it must be — the arsenal of democracy," Roosevelt said after signing the bill into law.

By the end of the war, the United States had extended nearly $50 billion in Lend-Lease aid to Allied nations, according to the Library of Congress.

The BBC reports that the Russian military has captured two British volunteers who were providing humanitarian aid in Ukraine.

The non-profit Presidium Network said the men were detained at a checkpoint near the city of Zaporizhzhia on April 25.

They are believed to have been working independently, but were in touch with the Presidium Network. Presidium Network's co-founder, Dominic Byrne, said the two workers were trying to evacuate a Ukrainian family caught in the fighting. 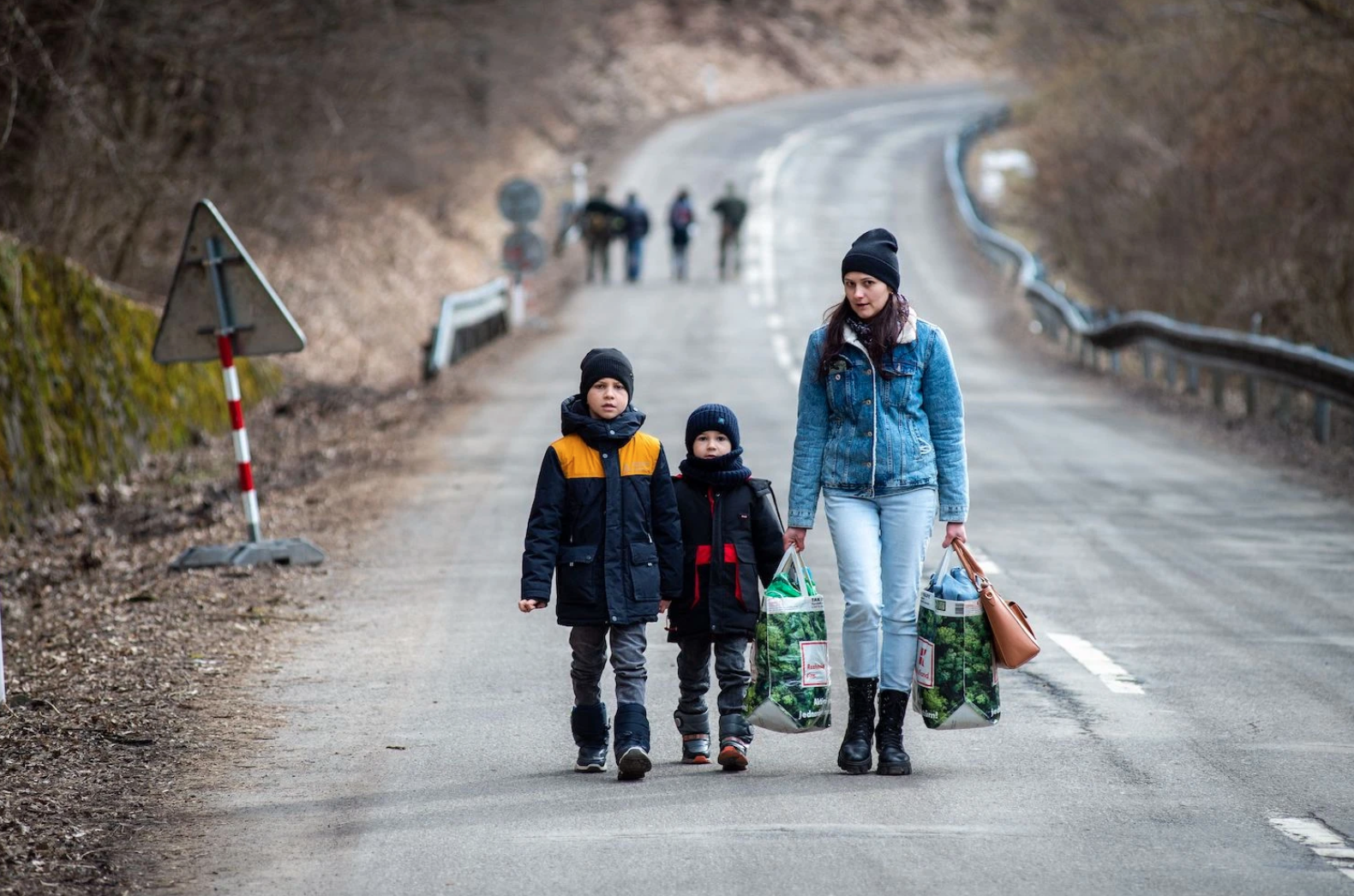 "They got through a Ukraine checkpoint to go south through Russian controlled area when we lost contact on Monday morning," he said.

According to Byrne, the civilians waiting to be evacuated began receiving strange texts from the Briton's phone and two hours later, Russian soldiers stormed the civilians house, asking how they knew the British men and that they believed they were spies.

The Foreign Office has said it is urgently seeking more information. 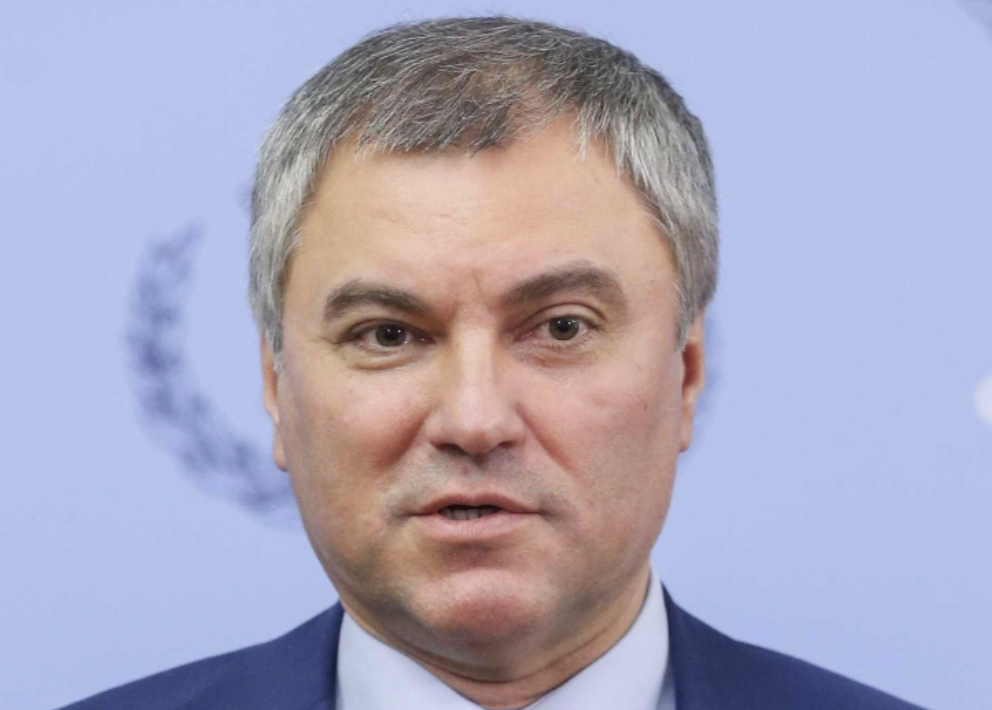 The Guardian reports that Vyacheslav Volodin, speaker of the lower house of the Russian parliament, accused the US of seeking to profit from the war while indebting future generations of Ukrainians.

According to him, Lend-Lease is a commodity loan, and not cheap (in fact, although payments can indeed take years, some of the weapons are generally provided for free or on loan and can be returned after the war if preserved).

"Many future generations of Ukrainian citizens will pay for all the ammunition, equipment and food that the United States will supply," Volodin tried to intimidate (but who?).

Ukrainian president Volodymyr Zelenskyy is driving the country into a debt pit," the propagandist stressed.

Quarrel between London and Beijing 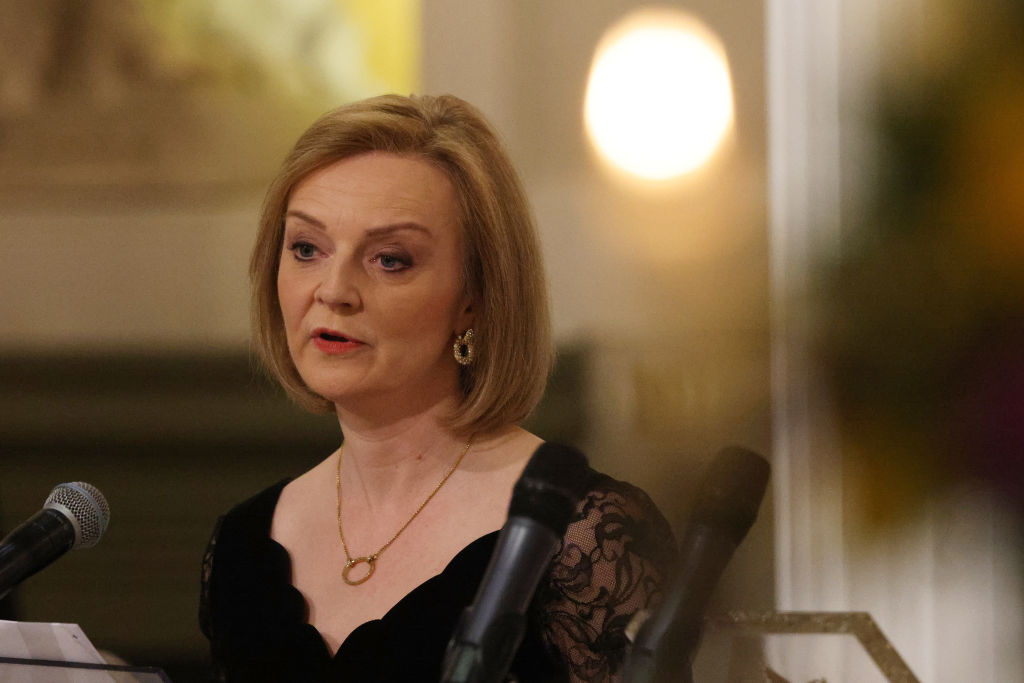 The Guardian also reports that China’s ministry of foreign affairs has accused Nato of messing up Europe and stirring up conflicts in the Asia-Pacific region.

This happened after the UK’s foreign secretary Liz Truss delivered a direct warning to China.

"Countries must play by the rules. And that includes China."

Wang Wenbin, a spokesman for China’s ministry of foreign affairs accused Nato that the bloc has "wantonly waged wars and dropped bombs in sovereign states, killing and displacing innocent civilians". 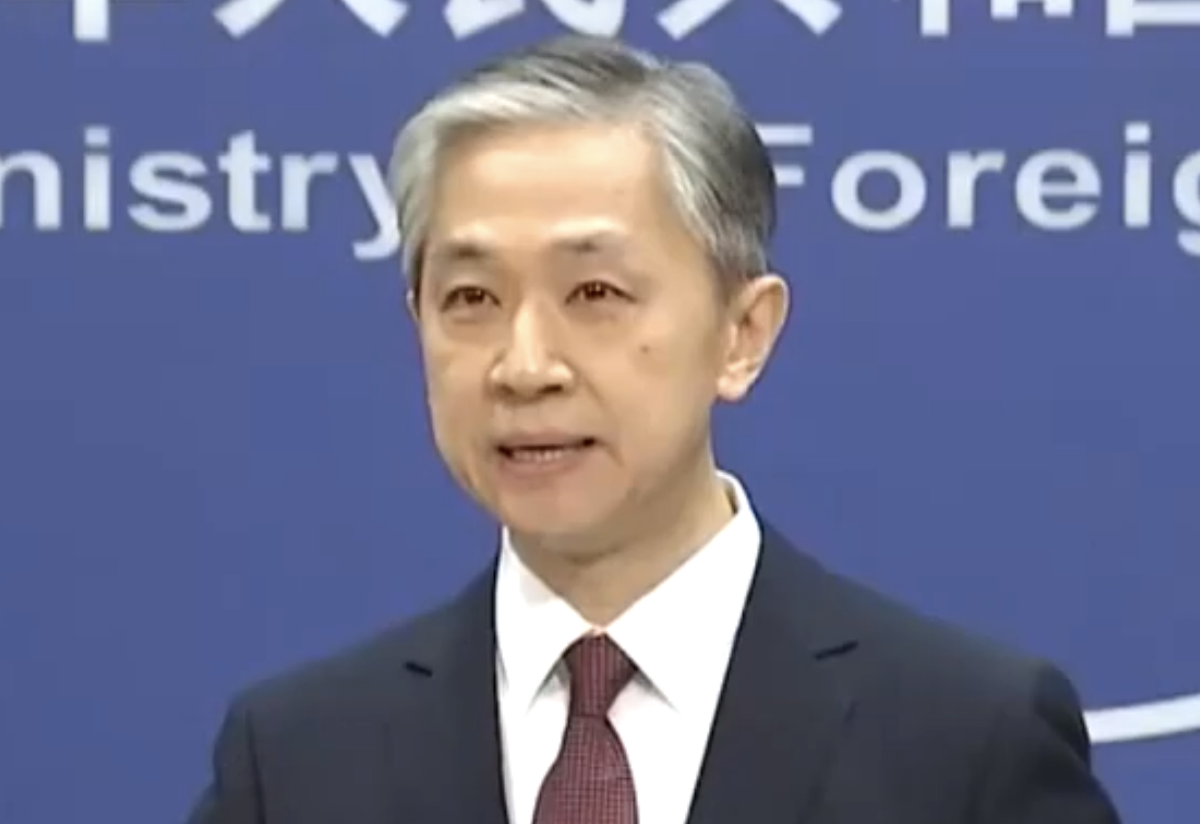 It is also, obviously, about the speech delivered by Truss: she said that NATO has to extend its outlook to democracies in Asia and mentioned Taiwan, which Beijing claims is a breakaway Chinese province it must retake.

"China will not continue to rise if they do not play by the rules. China needs trade with the G7. We, the Group of Seven, represent around half of the global economy. And we have choices," Truss explained.

According to her, NATO's actions have shown with Russia the kind of choices that they are prepared to make when international rules are violated.

China refused to condemn the Russian invasion and opposed linking the war in Ukraine to its relationship with Moscow. Wang said China's position on the conflict is "consistent and clear." 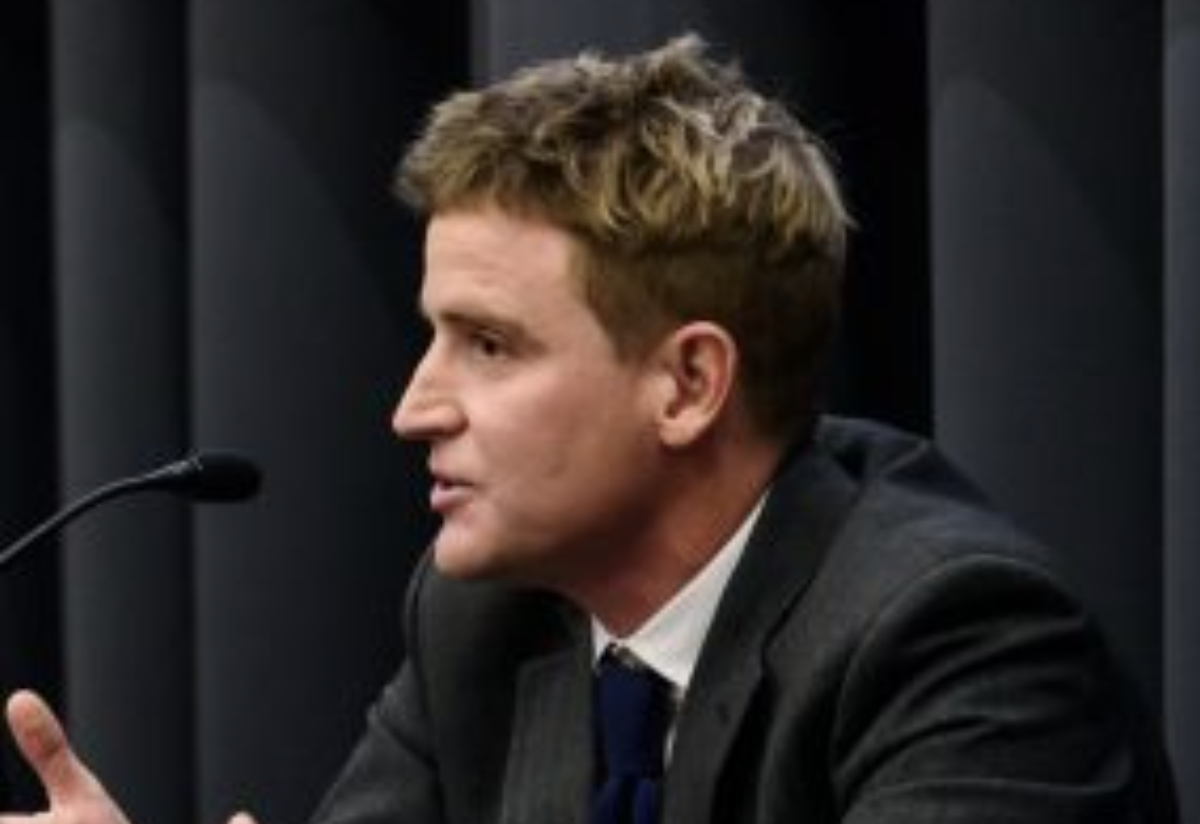 Sky News cites an analysis by Dr Mike Martin, a military expert and war studies visiting fellow at King's College London, in which he reflects on recent developments on the ground in Ukraine and what they could mean.

He suggests the Russian assault on Donbas has "fizzled" and that Moscow has squandered its one chance to take the region — and achieve something it could present as a successful outcome to the invasion.

Battle casualties of russian invaders as of April 29, 2022 — General Staff of AFU

Dr Martin says the battle will last another two to four weeks, as Russia runs out of troops and Ukraine counterattacks. 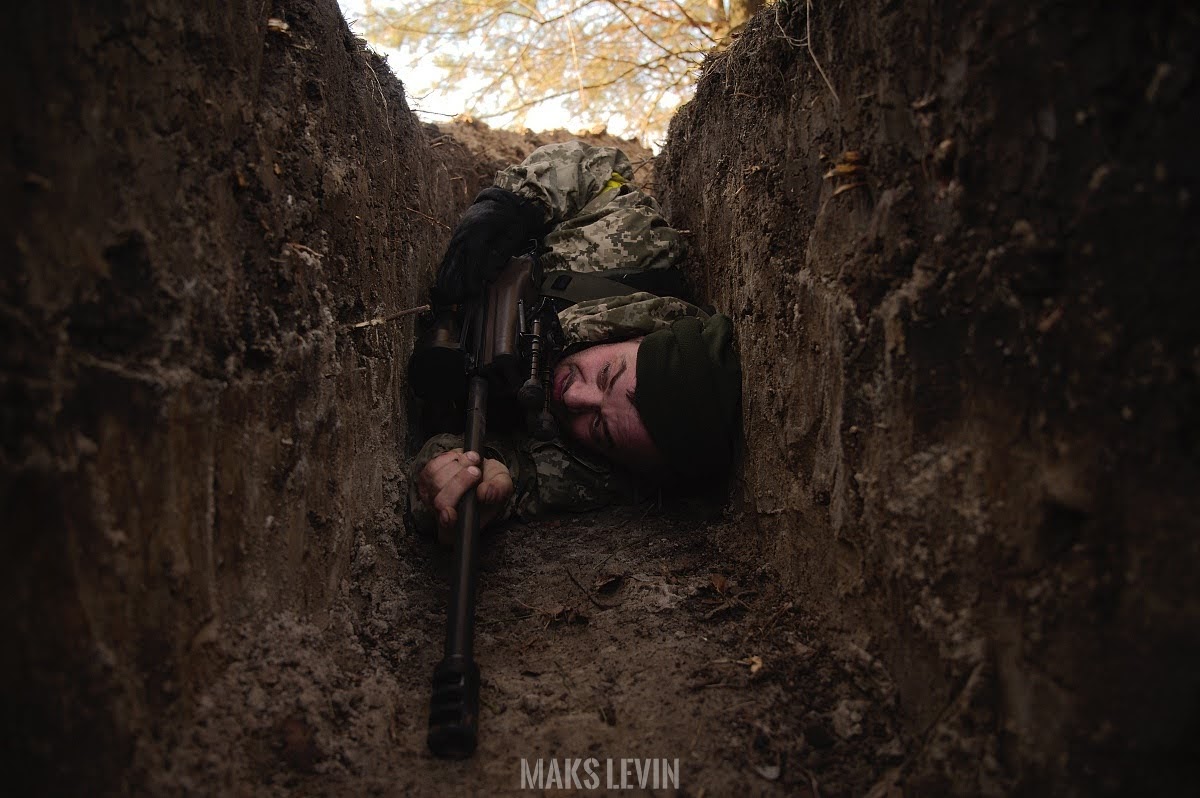 And, he says, the war has now seen "a major strategic shift" that has prompted the UK to outline a clearer and more ambitious strategic aim, citing UK Foreign Secretary Liz Truss.

True, he believes that evicting Russian forces entirely from Ukraine will happen faster than in 10 years:

"Russian forces will collapse before that, and we'll see a coup".

At the same time, this is a clear statement of intent by the UK and it would only have been made if it was felt that other NATO allies could and would sign up to it, Martin added. 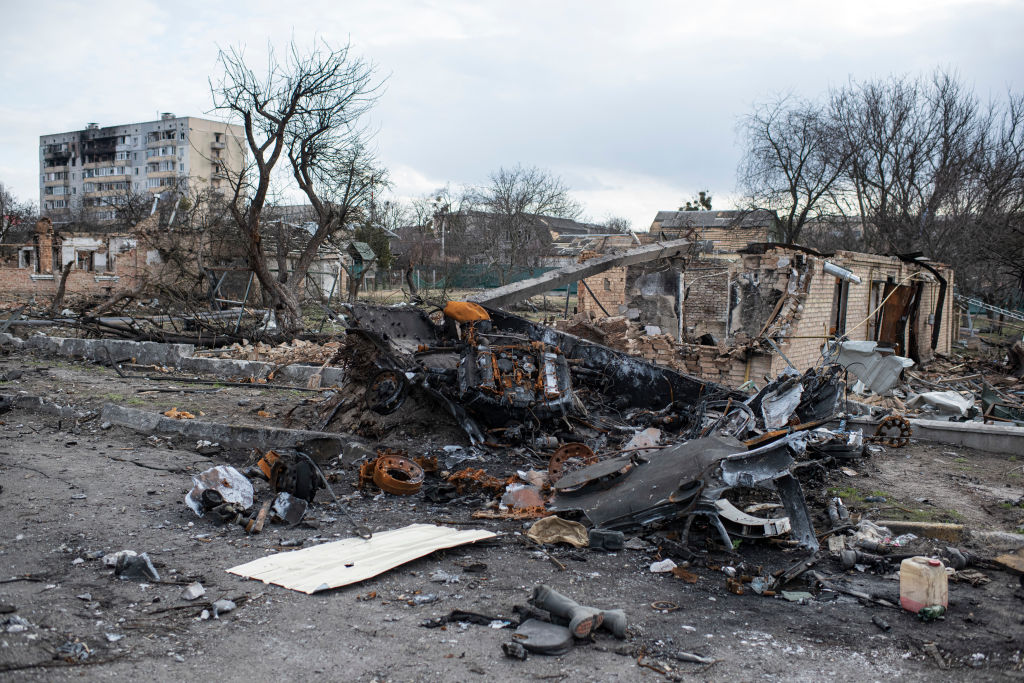 A team of experts will arrive in Poland early next month to help Ukraine with gathering evidence and prosecuting war crimes.

Some 7,600 potential war crimes and at least 500 suspects are being investigated by Ukraine.

"Russia has brought barbarity to Ukraine and committed vile atrocities, including against women. British expertise will help uncover the truth and hold Putin's regime to account for its actions."

The team will include experts in conflict-related sexual violence. 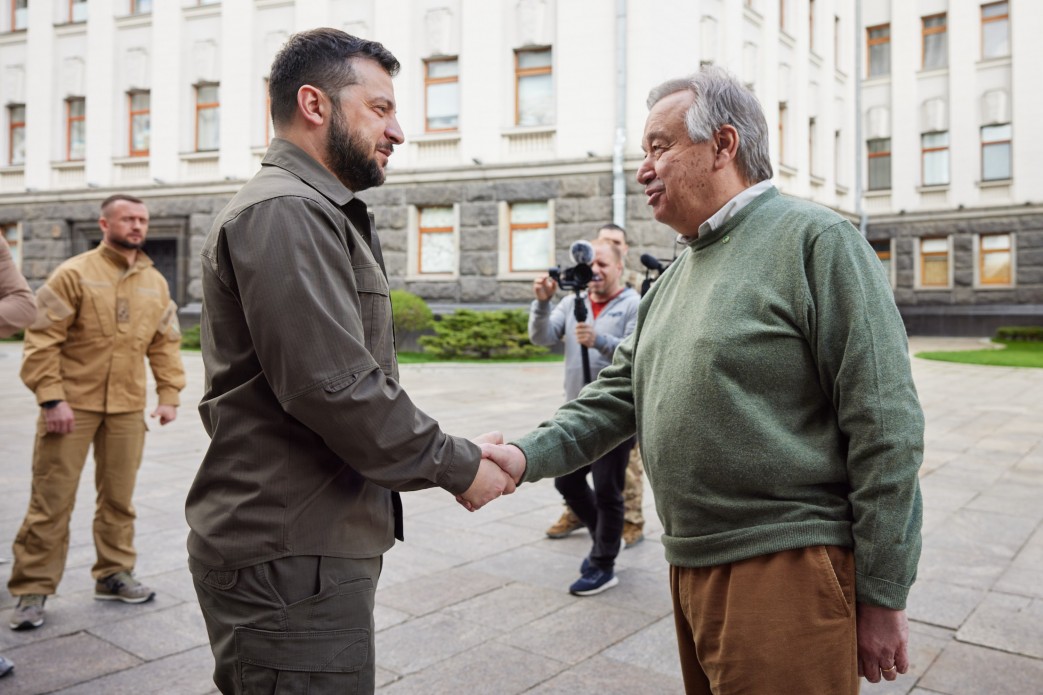 ABC News quotes United Nations Secretary-General Antonio Guterres as admitting on April 28 that the U.N. Security Council has not been able to do everything in its power to resolve the war in Ukraine.

"We will not give up," Guterres said during a joint press conference with Ukrainian President Volodymyr Zelenskyy in Kyiv.

According to Guterres, U.N. staff are already providing on-site assistance in 30 locations across Ukraine. The U.N. chief called Russia's invasion of Ukraine "a violation of the U.N. Charter."

One of the organization's values, he said, "is the need that territorial integrity of the countries must be respected."

"This is fundamental," Guterres stressed.

Recall that during the visit of the UN Secretary General to Kyiv, the Ukrainian capital was hit by two missile strikes. According to Zelenskyy, five rockets flew into the city. The latter shocked Guterres.

Instead of an afterword. We can see that the West is no longer shocked by the idea of returning all territories to Ukraine, including those occupied in 2014, and now the disputes are more about timing than about substance.

Definitely, expedited deliveries of weapons under the Lend-Lease program and heavy weapons from European countries will both help Kyiv repel the offensive in the Donbas and go beyond the positions of February 24th.

Help in proving the crimes of the occupying troops is also important so that the Putin regime is finally held accountable for the bloody actions. At the same time, it would be nice if, amid the explosions in Kyiv, the UN Secretary General conveyed to himself and the organization what it was created for at all, and finally found a mechanism for expelling the Russian Federation from the Security Council, an institution that should have guaranteed peace.

Ukraine has been fighting for its right to exist for 65 days.

More sanctions and a new command to arm Ukraine: how the West reacts to Putin’s annexation

The second exodus of Russians in a year. What Russia loses and why it’s good for Ukraine

Chronicle of world’s economic war against Russia: Outflow of capital by by year-end to reach $151 billion

Poland sends over 200 tanks and dozens of IFVs to Ukraine

Battle casualties of russian invaders as of April 29, 2022 — General Staff of AFU

US almost unanimously supports Lend-Lease for Ukraine: What Kyiv to get

Prisoner swap, embargo on Russian oil, and heavy weapons from Germany: Highlights on war in Ukraine as of April 28