Operation Guardian of the Walls: whether to expect a major war due to the escalation in Israel

Iran is undoubtedly behind the current escalation in the Gaza Strip and southern Israel. The Cyber Corps of the Palestinian Authority. Missiles with the range of 90 and 250 km. Iranian copies of the Kornet ATGM and Shehab attack drones.

In Ukraine, attack drones, by the way, are still not produced, although we have been promised for years to localize Polish drones at a plant in Chernihiv.

And in the Gaza Strip, their world-famous engineers have coped with this, and drones equipped with warheads are sent with pathos to the target accompanied by camera flashes.

All this would have been impossible without Tehran's money and specialists. Without components for propellant fuel and explosives.

The reason could be whatever—this time it was the clashes between Arabs and Jews on the Temple Mount. There is a long story of illegal settlers, evictions by courts, housing rights and security around the area. Clashes have been going on there since 1996.

After Hamas, that now governs the Palestinian Authority, issued an ultimatum to withdraw the Israeli police from the Temple Mount, the confrontation trigger was activated.

But this is just an excuse—religious protests, the month of Ramadan, a city sacred to several religions.

And the reason is always the same. Iran does not recognize the state of Israel, quite officially calls it a "Zionist entity" and threatens to destroy it. "Dump into the sea" is not the speeches of the marginalized in the forums, but the statements of the senior officials of Iran.

An undeclared war is going on. In Syria, the Iranians are deploying missile manufacturing infrastructure, attack drones and launching platforms.

About once a month, Israeli aviation strikes at them from the air—depots around Damascus, a T4 military airfield, and solid fuel factories for missiles.

Iran, that only in 2019 got over the gasoline import (got over it in an original way by imposing quotas for one car of 60 liters per month) sends tankers with fuel to the Assad regime in Syria.

Not so long ago, one of these tankers was on fire from being hit by a missile from an unknown aircraft.

Tehran and Damascus supported the shahid families in the Palestinian Authority, paid bonuses to the militants participating in the Knife Intifada, and helped with technical specialists.

Now, after Covid and active participation in the campaign in Syria, it is quite possible that the flow of money for Hamas has begun to dry up. Back in 2015, one of the Hamas functionaries stated that Iran was scaling back aid. And perhaps the Iranians were tired of burying their fighters after the Israeli Air Force raids and decided to turn on the tap. The truth, as always, will be somewhere in the middle. 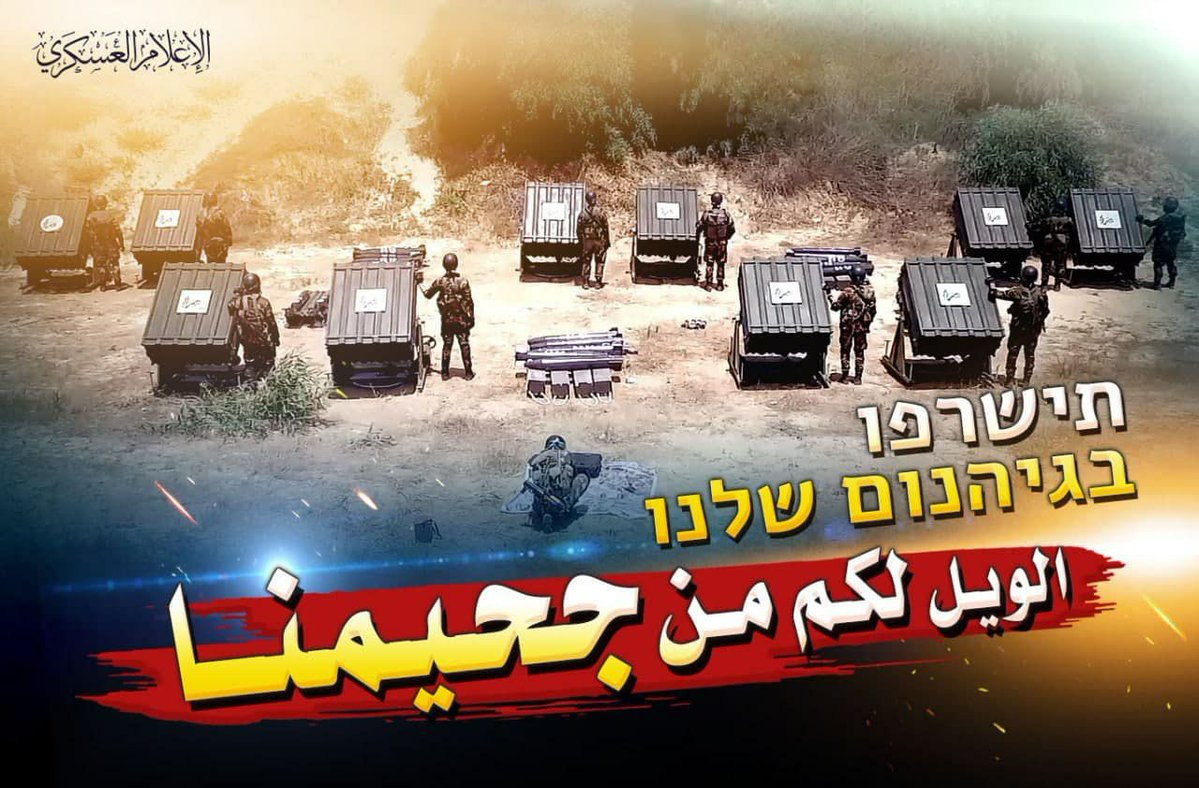 Also, one should not forget that Hezbollah in Lebanon is also a project on the balance sheet of Iran—the group also has thousands of missiles, heavy weapons, and is actively involved in the civil war in Syria.

Tehran—Damascus—Beirut axis. Shiite crescent, highway of the same name, cordon sanitaire that will protect Tehran. That continues its nuclear program and is under increasing sanctions since 1979.

Everyone probably remembers these atmospheric photos: here are girls in Iran wearing short skirts before the revolution and the overthrow of the Shah, here are people hanging on construction cranes for witchcraft and communication with genies in the 21st century? Nuclear theocracy and food price protests.

The state, that is officially threatening to destroy Israel, is enriching uranium, actively arming two terrorist groups recognized as such in the EU and the United States—Hezbollah and Hamas, and is supplying attack drones and missiles capable of flying 250 km. Is some other reason for the war needed? It so happened in the last century that the Jews prefer to act rather than wait to be taken to concentration camps—the Israelis have a vast negative experience of waiting.

Plus, the growing threat from the Palestinian Authority. Once upon a time, back in the era before the two battalions of the Iron Dome and the bomb shelters built in every new house, missiles from there flew about 30-40 kilometers, like a normal Grad and Uragan. But since then they make it to Ben Gurion Airport and the metropolitan agglomeration, 71 km. One can endlessly argue who is right and who is wrong in the conflict over Palestine and Israel. But shelling with non-selective weapons in the zone, where 3 million people live, is not self-defense. And they increase continuously.

The endless peace process and its yield

Many years have passed since the time when the Israelis bulldozed their settlements in the Gaza Strip for the sake of the peace process and gave the Philadelphia Corridor to Egyptian troops.

2,000 people were evicted, the army cleared the border area with Egypt. What have the Palestinians done? Have they finally built a deep-water port? Have they turned Gaza into some kind of Israel? Are they harvesting multiple crops in the desert?

No, for Iran's money, a network of tunnels and missile factories was dug, often under civilian infrastructure. 2 million people live in extreme poverty in an agglomeration with an area of the city of Dnipro.

But Hamas continues to militarize the sector and build underground infrastructure for tens of thousands of militants. At the beginning of the conflict, the group had an arsenal of 15,000 missiles.

Democracy of the Palestinian-style

When the ruling group in Gaza did not like the results of the 2007 elections, a military operation was launched against rival Fatah. More than 600 people were killed, the headquarters of competitors and the Voice of Palestine radio station were blown up.

The first week of vaccination: why Israel did it, but Ukraine did not

Did the terrorist organization seize the 2 million autonomy and now bombards half of Israel with Iranian missiles? Did it seize it as a result of the massacre and for the money of the obscurantists under sanctions hanging a 16-year-old girl on charges of fornication (Saleh case in Iran)? Yes, that's right. Personal power preservation and sponsors. And only then the freedom of Palestine. In the way how precisely Hamas sees it. 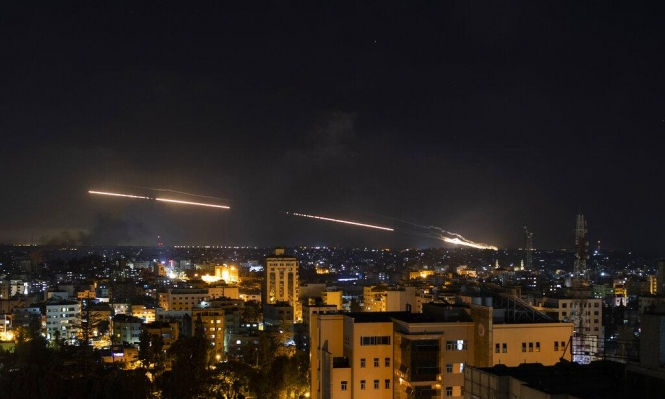 Since the beginning of the escalation on May 11, approximately 2,400 missiles have been sent to Israel. 10% of them broke through the missile defense system. Considering that one rocket to the ZhK can cost up to $40,000, and a battery—150 million, then it is expensive to intercept the flying gifts. Plus, direct hits on houses, an oil storage facility in the port of Ashkelon, an ATGM hit on a car, canceled flights, and flights stopped during nighttime shelling.

Plus, the south of the country in mixed cities with Arab quarters is raging with pogroms for the first time since 2000. In Ramla and Lod, shops are being destroyed, patrol cars are being set on fire, and shooting is going on in some places. For now, Hezbollah in Lebanon is complying with the terms of the last truce—perhaps it is still fresh in memory how in the south of Lebanon not a single whole bridge remained.

Of course, Gaza gets more—the technological level is too different. On the night of 13-14 May alone, during Operation Guardian of the Walls, more than 160 aircraft attacked the capital of the autonomy. The central bank, police stations, the Hamas security office were destroyed, and tunnels collapsed.

Uncle Sam in Ukraine—2020. How the United States helps Ukraine with defense

The operation continues even now. The fierceness of the strikes peaked in years—power supply collapsed in Gaza last Friday night. On the night of Monday 17 May, the Israeli Air Force continued to hammer the underground communications system with bunker ammunition and guided bombs through.

There is still a chance that the region will not descend into a major war. But its flame continues to blaze up. The Egyptian delegation, acting as mediators, returned to Cairo without result—the truce could not be achieved.

Large Ukrainian business in Russian Federation: What else is left there

Fear of "humiliating" Russia: How Italian host got stuck in Putin's head

Struggle for the offices in the Cabinet: candidates for Ministers of Economy, Infrastructure, and Health

Ukrposhta is buying a bank: why and what it will be

The last obstacle to the land market: the Rada must vote on 12 resolutions to cancel the reform

"There will be more": Zelenskyy called Medvedchuk the first "minus" among the oligarchs

The price of a coronavirus vaccine: the Ministry of Health announced the cost for one Ukrainian

One-year contract was signed with Vitrenko—Yermak