What kind of job is now easiest to find during wartime

In Ukraine, it is much easier to find a job in trade. Despite the fact that retail has suffered heavy losses during the war, this field demonstrates a dynamic recovery in the labor market.

This is discussed in a study of the grc recruitment portal following an analysis of the database of vacancies and CVs of the portal in June 2022.

According to studies, vacancies for salespeople, cashiers, warehouse workers, and drivers needed by stores appeared practically amongst the very first after the collapse of the labor market in late February — early March.

The vacancy rate for trade specialists has approached the pre-war figures in percentage terms and amounts to 24.2% of all current ones in June. In quantitative terms, the number of job offers in the field of sales is far fewer than before the war.

Retail over the past few years has been one of the most profitable sectors of the Ukrainian economy that has developed and held high positions in the labor market. Since the beginning of the war, companies in this field have suffered huge losses.

According to the Retail Association of Ukraine, during the first month of the war, 29% of retail outlets were closed, and the amount of retailers' losses exceeded 50 billion UAH. Fashion retail, jewelry stores, and home appliance stores were hit the hardest. Food chains were among the first to resume the search for employees. Clearly, providing food for the population of all regions of the country has been and remains a critical task.

The labor market is recovering, but the pace of recoveryl is low. Now there are four and a half times fewer vacancies on the grc.ua website than before the war. The vacancy rate in the field of sales has approached the pre-war figures in percentage terms and amounts to 25% of all current ones. This field has always been the leading one among the total number of job offers on the portal. The activity of applicants in the field is also beginning to grow. The competition among candidates for positions in the field of sales is now approximately 4 people per job. 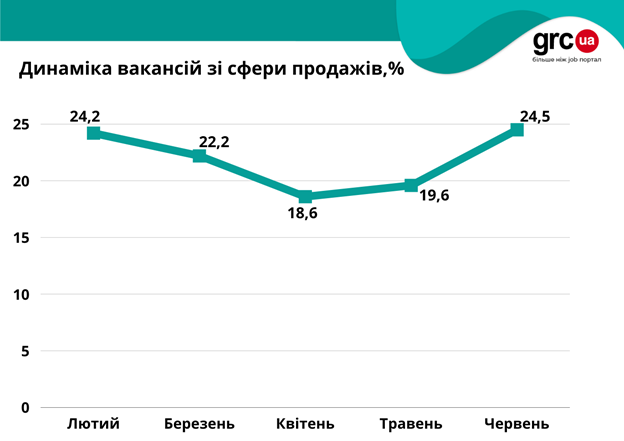 What regions need workers the most 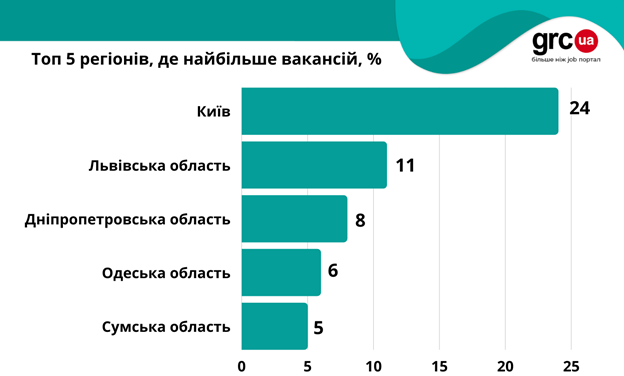 Whether experience is required

Sales assistants and cashiers are traditionally among the most sought-after workers. Employers, in order to close these vacancies, are ready to train and provide additional courses. This intention is indicated in almost all job offers. In addition, in most cases, applicants do not need experience to get a job in sales. 62% of current vacancies say that employers do not require work experience from candidates. One third of the proposals mention that the employer wants to find an employee with work experience from 1 to 3 years. 6% of employers are looking for candidates with work experience from 3 to 6 years, and only 1% — for more experienced ones.

What salary is offered 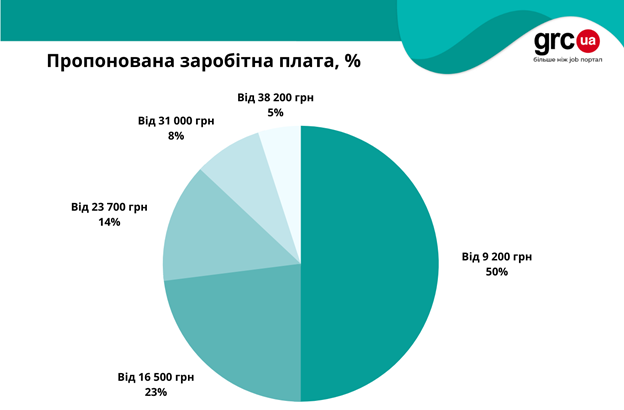 What specialists are looked for

At the beginning of summer, employers are most looking for checkout operators — 30% of all current sales job offers. The average salary offered by employers to salespeople is 13,800 UAH. Mystery shoppers are the second most demanded specialist (17% of job offers), the salary level is from 5,000 to 10,000 UAH, depending on the work done. Sales managers rank third (11%), these specialists are offered an average of 21,300 UAH for their work. For account managers, current vacancies are 6% and the average salary is 25,000 UAH. Most job offers for account managers require knowledge of a foreign language. Store managers can also apply for a salary of 25,000 UAH. 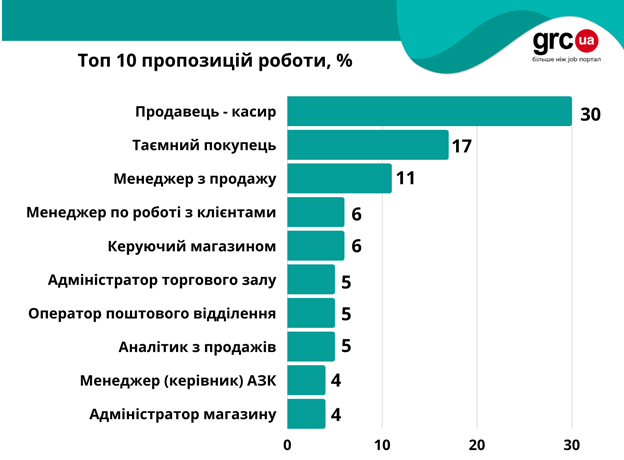 As reported, there is a rapidly growing demand for working specialties in the labor market in Ukraine during the war — in June, the number of job offers increased by 20%.

Ramstein-3 outcomes: Why West cannot give Ukraine all the weapons at once

Airstrike against Lysychansk. There are killed and wounded — Haidai

Combat losses of Russian invaders as of June 16, 2022 — General Staff of AFU

Airstrike against Lysychansk. There are killed and wounded — Haidai

Combat losses of Russian invaders as of June 16, 2022 — General Staff of AFU

Rammstein-3 meeting: What kind of military assistance is promised to Ukraine

IKEA to leave Russia completely after all. Company calls it "business scaling"

What products to be in short supply in coming months: List of "problematic" goods

Explosion in Chornobaiivka: There are killed and injured