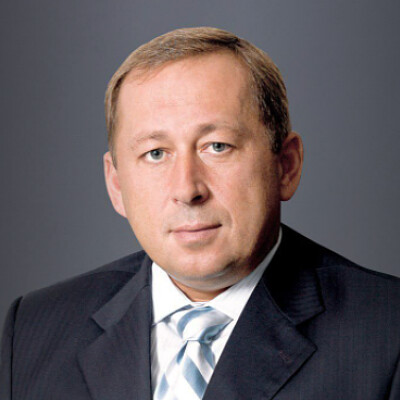 Viktor Karachun (born June 3, 1966) is one of the most mysterious Ukrainian businessmen.

According to Ukrainian media, he was born in Lipnyazhka village, Kirovohrad region.

Further, Viktor Karachun allegedly worked in Uzbekistan as an economist. After that, he returned to Ukraine.

At the same time, the Tajik Telegraph Agency TajikTA in 2013 reported that Viktor Karachun had Tajikistan origin:

'Viktor Ivanovich grew up in Tajikistan, in Dnepropetrovsk he actively participates in the work of the regional diaspora, constantly maintains ties with Tajikistan, knows the Tajik language, loves and popularizes Tajik music and culture in every way.'

For this reason in 2013, Karachun became the Honorary Consul of Tajikistan in the Dnipro.

In 1998, Viktor Karachun, together with his partners Butkevych Hennadiy and Yermakov Yevhen, registered the ATB-Market company.

'Without Karachun, I would not manage to realize anything—he always knew how to sell at higher price and buy cheaper. He is a true merchant, with a capital M,' — Hennadiy Butkevych described his partner in an interview with Gordon.

According to rumors, Karachun's wife Iryna is a niece of Antonina Ulyakhina, Yulia Tymoshenko's aunt. There is no official confirmation of this information.

A co-owner of ATB-Market, one of the largest Ukrainian retail trade companies.

A co-owner of ATB-Market, one of the largest Ukrainian retail trade companies.

In mid-March 2020, Karachun met with the leadership of the Uzbek holding and agreed with them on the fruit and vegetable export and its logistics.

A co-owner of ATB-Market. In 1998, Viktor Karachun, together with his partners Butkevych Hennadiy and Yermakov Yevhen, registered the ATB-Market company.

Eldest son: 27-year-old Serhii Karachun, in the summer of 2015 had an accident in the Dnipro. According to the media, he crashed a light pole on an open-top car. The impact was that hard that the Mercedes was torn to pieces. Serhii and his companion, 16-year-old Anastasia Braga, was thrown out of the car. The girl died from injuries almost immediately, and Serhii spent almost two months in a hospital. According to rumors, his parents brought doctors from Israel to save his life. Two months after the accident, in September 2015, the guy died. He left his wife Iryna and three young children.

In 2018, German journalists found out that Garmisch-Partenkirchen, a Bavarian town, is selling Germany’s most expensive villa. The owner of Villa Glory (€ 13 million) is Ukrainian agricultural oligarch Mykola Guta.

Victor Karachun was the one who bought that villa. The co-owner of ATB managed to agree on a good discount, € 4 million less than the declared value. However, he did not manage to become the owner of a luxurious mansion.

'On the day when the parties of the transaction signed a sales contract with a notary in Munich, the Nicosia District Court prohibited the alienation of real estate in Garmisch-Partenkirchen. The corresponding decision was made at the request of the liquidators of the Cypriot Mriya Agro Holding Public Limited, a parent company of the Mriya holding,' Deutsche Welle journalists shared the details.

Karachun said he was ready to wait for the sale as long as necessary. As a result, he rented a villa instead of buying it.

In April 2020, Victor Karachun helped students and low-income families from Tajikistan. With his support, they were given 200 grocery sets (butter, cereals and tea).

In 2015, the businessman gave the Dnipropetrovsk Regional Hospital named after Mechnikov an ultra-modern microscope worth € 160K. This microscope is essential for performing brain operations.