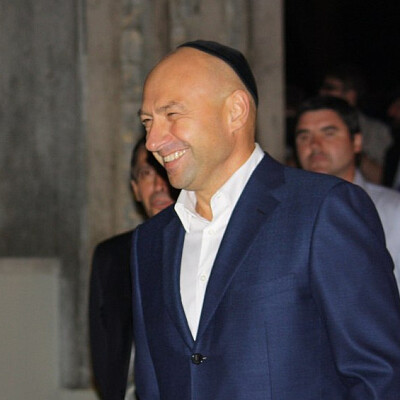 Boholyubov explained to journalists that, unlike his partners, he did not feel comfortable in politics and did not understand anything about it. 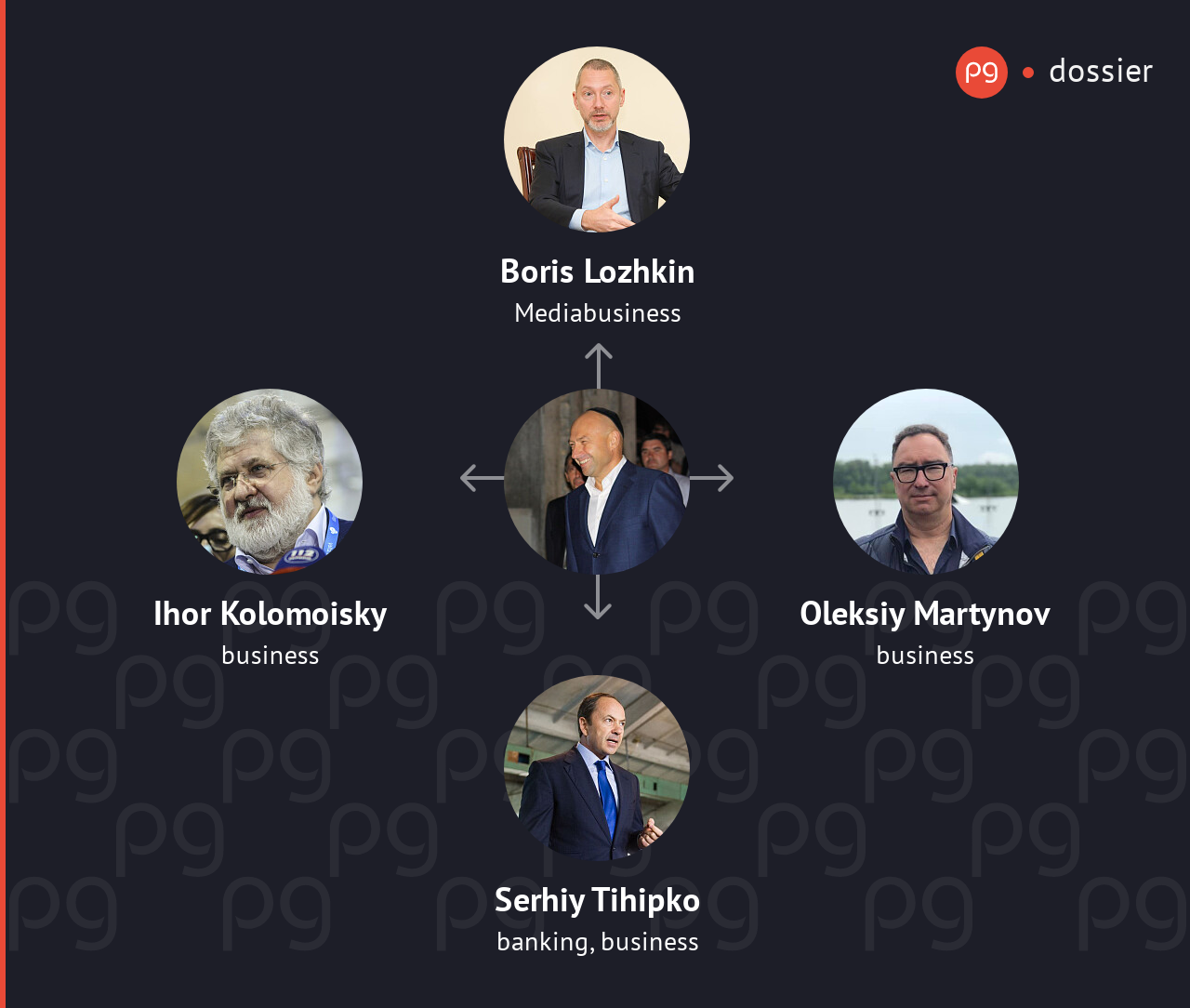 In 2008-2013, Boris Lozhkin and Boholyubov had a joint media business — Fokus magazine and Komsomolskaya Pravda newspaper, a printing house, and several radio stations.

In 2013, Sergey Kurchenko became the owner of the UMH Group media holding. The media called Kurchenko the chief financier of the "family" of Viktor Yanukovych.

It was Tihipko who was the first chairman of the board of Privatbank.

Holding Independence. The owners are Boholyubov's sister Natalia and her husband Stanislav.

The holding unites a number of construction companies:

In Dnipro: the main office of Privatbank, the football stadium Dnipro-Arena, and the residential complex "Dom na Mechnikova".

In Yalta: the administrative and residential complex "Admiralteisky" — apartments in the city center close to the coastline — between Massandra and the Naberezhna.

After the annexation of Crimea, the media wrote that elite real estate was "nationalized" due to the fact that it belongs to Ihor Kolomoisky.

At the same time, judging by the sites of ads, apartments in the residential complex "Admiralteisky" are on sale up till today. The cost per square meter goes up from ,700.

During the nationalization of Privatbank, Elena was recognized as a person associated with the former shareholders, and her funds were written off.

Hennadiy Boholyubov assured that he had not lived with his wife for a long time as he had divorced her eleven years ago. In 2017, Elena seized UAH 500 million from Privatbank.

In 2019, the higher court suspended the decision to recover money in favor of Boholyubova as they were waiting for the decision of the Grand Chamber of the Supreme Court.

They considered a similar claim by the brothers Ihor and Hryhoriy Surkis who are business partners of one of the Privatbank's former shareholders, Ihor Kolomoisky.

Dmytro is a lawyer, originally from Donetsk. In 2008, he was mentioned in the media as the acting general director of the NSC Olimpiyskiy in Kyiv.

In 2009, the head of the Ministry of Youth Sports, Yuriy Pavlenko, dismissed Cherinavsky from his work position due to a number of violations, including not paying salary to employees.

In Kyiv, Kateryna Cherinavskaya used to live in the same house as Semochko.

'Apart from that, the wives of Semochko and Boholyubov are associated through the common land plots in Crimea near Yalta where Semochko used to live and work. In the summer of 2013, Boholyubov's wife bought a land plot from Semochko's wife for constructing a house,' the journalists clarify.

It was at times when a criminal proceeding for a minor crime in Privatbank was opened. The crime allegedly happened in 2011-2015. On the basis of this document, SBU demanded through the court a report of the detective agency Kroll on fraud in Privat.

The media suggested that he came back as there was an investigation in the United States. According to the media, the partners are accused "for hundreds of millions of dollars of damages arising in connection with claims for…unjust enrichment, for fraudulent transfer under state laws."

'I have met very rich people, but they are actually in need as they don't understand how to spend money. Therefore, for example, all these publications don't let me feel like a rich person, they interfere with my life. If they didn't write about me at all, I would be happy.'