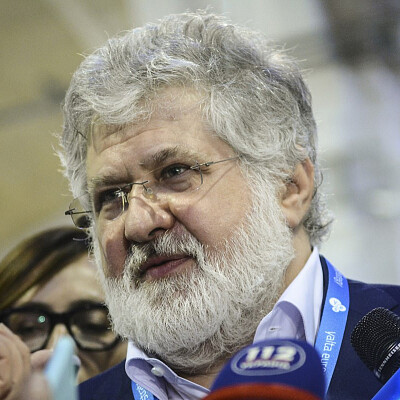 Ukrainian oligarch, one of the owners of the Privat group that includes hundreds of enterprises

Ukrainian oligarch, one of the owners of the Privat group that includes hundreds of enterprises

Later, they started importing petroleum products. Then, they switched to the ferroalloy business. They supplied fuel to Ordzhonikidze GOK (now: Pokrov Mining and Processing Plant GOK), and under barter arrangements received manganese ore for further export.

According to the media, this process was supported by Prime Minister Pavlo Lazarenko. One of the first assets was Dneprazot. Now, it is the only producer of liquid chlorine to clean the tap water.

Now, there are hundreds of enterprises in the Privat Group. These are metallurgical and ferroalloy plants, mining and processing plants, enterprises of fuel-energy complex, as well as media assets.

'Surkis holds his shares in 1+1 indirectly, and his share is 8%. This asset was registered in a trust in Cyprus. Under Cypriot law, this is not considered as property,' said the family lawyer Bohdan Slobodian during court proceedings in the PrivatBank case.

The former manager of Ihor Kolomoisky and the CEO of 1+1 Media Froup became a MP from the Servant of the People party in 2019.

From June 4, 2020 — Minister of Culture and Information Policy of Ukraine.

Ihor Surkis is an owner of the Dynamo football club, oligarch, brother of Hryhoriy Surkis.

Brothers Ihor and Hryhoriy Surkis are long-time business partners of Ihor Kolomoisky. They have a common business in 1+1 Media Group.

After the nationalization of PrivatBank, Surkis brothers tried to prove through the Ukrainian courts that they were not Kolomoisky’s insiders. They demand to pay more than 0 million to offshore companies owned by Surkis family.

In 2013, Pinchuk sued Kolomoisky and Boholyubov in the High Court of Justice in London. He claimed that the partners had violated their obligations for the Kryvyi Rih Iron Ore Plant OJSC (Kryvorizkyi Zalizorudnyi Kombinat).

In 2017, Kolomoisky and Boholyubov presented Pinchuk luxury real estate in London as compensation for the plant.

'After certain events, Viktor Mikhailovich and I signed an 'everlasting peace,' and it is on for more than three years by now," Kolomoisky told reporters in 2019.

'We don’t discuss business at all, only family things,' says Kolomoisky.

June 2, 2020, Angelika gave birth to two boys. It is known that in 2011, she got married with Oleg Bokoev, an Israeli citizen. Kolomoisky said in an interview that the couple soon had divorced.

He also said that he got to Switzerland because of Angelika, as she had chosen to study at College du Leman. Larisa Chertok, Ihor's sister, followed the 16-year-old girl to look after her. This way, the family often traveled to Switzerland, and eventually settled down there. Angelika is friends with Kateryna Boholiubova and Ksenia (Xeniya) Martynova. In the social media, the daughters of the oligarchs have a lot of photos of them together.

Last year, the media wrote that he was studying at Cleveland University, playing in the student team Cleveland State Vikings. The guy’s height is 193 cm. Now, Gregory states on Facebook that he lives in Miami.

In 2019, journalists published investigation about her luxurious life.

'Chertok runs a family-connected concierge service for the ultra-wealthy and is related to an art gallery serving the rich in Geneva’s Old Town,' the investigation reports.

Kolomoisky’s sister has acted on behalf of Kolomoisky since at least 2004. She also helps him make deals.

For example, in 2007, she signed as witness for his purchase of a $110 million stake in Central European Media Enterprises Ltd., paving the way for his later ownership of the 1+1 TV channel in Ukraine.

She also founded a Swiss firm called Gehold SA, which privatized a stake in Sukha Balka, a major Ukrainian iron ore mine, and thus, Kolomoisky got control over the mine.

'By 2008, ownership of Sukha Balka had been consolidated under one offshore company, Palmrose Ltd., which was controlled by Kolomoisky and Boholyubov. Palmrose was then sold for more than $1 billion to Russia’s Evraz group, part-owned by oligarch Roman Abramovich,' the journalists state.

In Ukraine, Vladimir is a co-owner of a company with the same name Ukrmining. It is registered in Nikopol and provides services in engineering, geology, geodesy and mediation in the sale of fuel, ores, metals and industrial chemicals.

Another business of Kolomoisky’s son-in-law is tourism. He is a beneficiary of Sentosa-Tour (the website is down).

Apart from that, Chertok, Kolomoisky and Vadim Rabinovich are members of the leadership of the European Council of Jewish Community, registered in Geneva.

'They (Russia) are stronger anyway. We have to improve our relations. People want peace, a good life, they don’t want to be at war. And you— America—are forcing us to be at war, and not even giving us the money for it,' the billionaire said.

Karpenko was attacked by unknown persons with hammers, iron rods and knives a week after meeting with Kolomoisky.

Previously, Kolomoisky invited the lawyer to his office and demanded to change the situation with the meeting of shareholders of Dneprospetsstal, but the lawyer did not comply with his demands. A bit later, the case was closed, and Kolomoisky called all the charges against him 'political persecution.' According to the journalist Serhiy Leshchenko, Prosecutor General Sviatoslav Piskun helped the oligarch close the case allegedly for $40-50 million.

According to him, thar money was demanded by President Leonid Kuchma and his son-in-law Viktor Pinchuk for the right to manage Ukrnafta. He paid them totally $110 million.

'Everything has been provided to an English court. These accounts were identified as the accounts of Pinchuk and Kuchma,' the oligarch told the deputies.

Law officials opened criminal proceeding, and three years later the Specialized Anti-Corruption closed it due to absence of the elements of a criminal offence.

The bank is confident that they will be able to prove a scheme of fraud committed on a preliminary agreement and make them pay back more than $3 billion.

'I will never forget the merits of everyone, including Poroshenko and his achievements at that dangerous time. There was a risk, and each showed himself. While someone quietly hid and hummed, waiting for the end, the other spoke and acted bravely, and together we defended our Fatherland. At that time, very few decided a lot for Ukraine.'

'A man with a lower IQ and erudition cannot influence a more intelligent and talented one. Therefore, I can say that he is independent enough, even absolutely independent.'