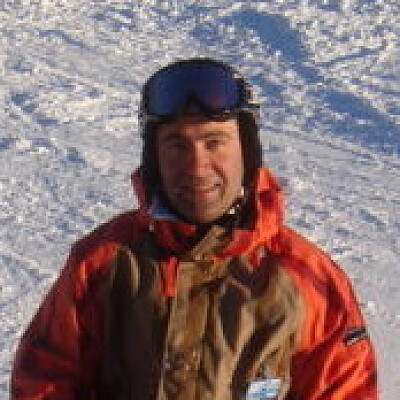 Latvian businessman, a participant in high-profile scandals, a candidate for the position of the head of the Gambling Supervision Commission.

Latvian businessman, a participant in high-profile scandals, a candidate for the position of the head of the Gambling Supervision Commission.

Born on December 8, 1973 in Jurmala, Latvia. In 2020, Boris Baum has received Ukrainian citizenship.

It was Odyssey Kostanda, the chairman of the Sejm Commission on National Defense, who called him a relative of the banker. Though, Krasovitsky then officially declared that his daughter had never been married.

Now, PaRex Bank is state owned. It was created in 1992, and in 2008 it was nationalized by the Latvian government for 2 lats (about $4). Nationalization was carried out in order to avoid the bank's bankruptcy.

At that time, the company filed a request to the Latvian Securities Market Commission for the purchase of a controlling stake of Kaija.

Kaija Fish Factory was founded in 1992. In 1999, it was the largest processor of ocean fish in the Baltic region, mostly producing canned fish.

'The authorized capital of P Parking is 2000 lats. Its president is Boris Baum, a member of the board of the Latvian Open Pension Fund. One of the founders of this pension fund is Parekss Bank (77%) that is closely associated with the Russian market,' Latvian media wrote back at that time.

'Within three years, we are planning to create a network of virtual business centers in the Baltic countries and Russia,' Boris Baum, head of Magnet Enterprises, told reporters.

In the future, it is also planned to open Magnet virtual centers in Tallinn and Vilnius. There were also planning on creating similar business centers in Moscow and in Belarus.

In 2006, Boris Baum is the Chairman of the Supervisory Board of the Nikopol Ferroalloy Plant (owned by Ihor Kolomoisky and Victor Pinchuk). The partner was VS Energy International Ukraine LLC, a Russian company.

At the same time, Baum was also the first assistant to the head of VS Energy, a company that first belonged to a business group of Alexander Babakov, a Russian MP, and then to Mikhail Spektor.

The head of the faction "Servant of the people" in Parliament.

Deputy Head of the Presidential Administration of Ukraine. In an interview with Liga, Baum said that that was Arakhamia who introduced him to Tymoshenko.

Tymoshenko met with the President on a plane when he was going with politicians and officials to Mykolaiv.

CEO of Rostec Corporation, Putin’s neighbor in the KGB residence building, FSB General. He owns the RTVi channel, registered at Brenrose Limited (Great Britain). Until January 2018, Baum was listed as a director of the British company.

Baum is associated with Parimatch.

The telegram channel Temnyi Rytsar (Eng. Dark Knight) and a number of media call Baum a representative of the so-called Luzhnikov organized crime group in Ukraine.

In 2009, in a program about poker that was broadcast on the TV channel Ukraine, Baum was called a father of two "wonderful daughters." Now, he has five children.

Father: Peter Baum, born December 29, 1948, lives in Jurmala. In 2007, he was mentioned in Riga media as a seller of three buildings and a piece of land in the city center.

'The largest and most valuable plots of land in the Old Town and Riga's quiet center have changed their owners. One of the most impressive deals took place when Peter Baum (born in 1948) sold 4,283 square meters of land with three small buildings along Pulkveža Brieza Street 35, to Stygate Properties Limited for more than LVL 3.5 million. The property was officially donated to Mr. Baum by Boris Baum (born in 1973) who acquired it in 1999 for less than 205,000 lats,' a Latvian media wrote in 2007.

In May 2020, Obozrevatel.com accused Boris Baum and the deputy head of the Office of President of organizing a two-day-long DDOS attack on their website.

According to journalists, the attack was caused due to a series of publications about speculation on the import of protective equipment for coronavirus disease. As the publication insists, Baum wrote a message to Mykhailo Brodskyy, the Obozrevatel owner, and made a hint that it was him who orchestrated it all.

In April, 2020, President Volodymyr Zelensky was involved into a scandal. April 6-8, he personally met the Ukrainian Mriya aircraft that delivered "humanitarian aid" with medical supplies from China to Ukraine. Then, it turned out that the cargo was commercial and belonged to a number of private companies, such as Epicenter, Silpo, and others.

'All these flights had diplomatic permission, which is a clear violation of the law. Commercial transport cannot use diplomatic channels. All goods, including commercial, got customs clearance in Ukraine at a zero rate. From the Ukrainian side, the following persons were responsible: Serhii Kamyshev, an Ambassador of Ukraine to China, Vasyl Homianin, an employee of the Ministry of Foreign Affairs of Ukraine, and the well-known Boris Baum,' wrote Joker in a publication on their Telegram channel.

In April 2020, the Open Ukraine website wrote that a Latvian entrepreneur allegedly demanded a share in the business from the leadership of one of the Ukrainian companies. He called himself a representative of the Office of the President of Ukraine. The website published a statement of company’s employees to NABU. It is not know whether these papers are trustworthy.

In February 2020, it became known that the President’s Office had developed a law bill that would allow to take the entire gambling industry under the control of so-called ZeKomanda, a group of people associated with Zelensky. Boris Baum was appointed as a kind of 'enforcer'. The President’s Office admitted that it was he who wrote the bill. The investigation about the whole issue was published by Bihus.Info.

In 2009, Boris Baum was mentioned in the media as a close friend of Mikhail Spektor. Spektor is called the junior partner of Alexander Babakov, a Russian businessman. Spektor is a former top manager of VS Energy, a company that owns the largest hotel chain in Ukraine Premier hotel, including the five-star Premier Palace in Kyiv. Spektor allegedly has long been waiting for the legalization of the casino industry.

In 2005, Baum was listed as the co-founder of a number of companies registered in the UK.

Three of them—Banita Limited, Himalita Limited, and Maslav Limited—were involved into the hostile takeover of Kievan Rus, a hotel in the center of Kyiv. At that time, the media wrote that the customers of the takeover were Zelimkhan Mutsoev and Alexander Babakov, Russiam MPs.

Baum was also a founder of BRENROSE LIMITED, a company that owns RTVI channel. In March 2020, the channel was banned from broadcasting in Ukraine due to the propaganda and justification of Russian aggression against Ukraine. In February 2020, RTVI chief editor Alexey Pivovarov was not allowed to enter Ukraine.

In 2010, Latvian media reported that someone Boris Baum was a defendant in a criminal case in Latvia. The case was about large-scale smuggling and forging of documents. This way, they wanted to legalize the new Mercedes in Riga. Even though the case lasted for five years, Baum first was acquitted. The court blamed a customs officer, a broker and a storekeeper instead. But later, the case was reviewed and Baum received five years suspended sentence.

About why he took on the gambling business in Ukraine:

'You can call it the highest level of ego and vanity. How many times have you met with the President? And he even recognizes me. And I am pleased.'