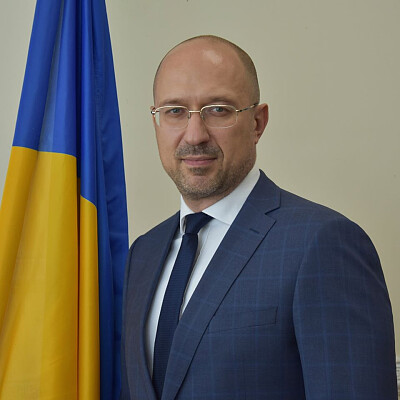 The declaration states that Katerina owns 25% of the land. It is also located in Lviv and costs UAH 500,000. Also, she has non-residential premises (417 sq.m.) in Kamianka-Buzka, Lviv region. The family also owns 4400 sq.m. of land in Khorosnytsia village, Lviv region.

minister of the Cabinet of Ministers

Nemchinov is an old friend of Shmyhal. According to social media, the families of the officials have long been friends.

The companies under his control hold a number of special permits for oil and gas production in the Lviv region.

In 2016, together with Kozytskyi, Denys Shmyhal's wife Kateryna was registered as a co-owner of NextBike Ukraine (municipal bike rental in Lviv).

After publications in the media, her name disappeared from the list of founders.

The main owner of Lvivkholod. He was twice a deputy of the Lviv Regional Council. For two years (from 2015 to 2017), Shmyhal was working for Kozak.

A businessman from Lviv. He is listed among the owners of Rosan-Invest LLC where Shmyhal was the director in 2008-2009. By now, Rosan has changed its registration, and it is now registered in the Kherson region.

Entrepreneur Pavlo Bakun was mentioned in the media in 2017. Back then, the State Property Fund announced selling of an old church building in Mageriv village, Lviv region. The media found out that the asset holder of the premises is Gazdynia, a company owned by Bakun.

Burshtyn TES, which was headed by Shmyhal before being appointed to the government, belongs to Rinat Akhmetov. However, the prime minister assures that he has seen Akhmetov only on TV and does not know him personally.

According to MP Oleksandr Dubinsky, Shmyhal and Akhmetov allegedly came up with an income scheme in the DTEK interests: they want to introduce a 65% duty on the electricity and coal supply from Russia.

In the regional department of the Ministry of Revenue, they also assured that the woman had no debts. Six months later, criminal proceedings were opened against the companies that cooperated with the entrepreneur.

They were suspected of forging documents. In May 2015, the investigation over the death of a young mother (she had a two-month-old child) was stopped, the culprits were not found.

'In Kyiv, while discussing the opportunity to work in the tax office, I was not given the task of carrying the suitcases upstairs.'

'Back in 2014, my family experienced a certain kind of publicity. At that time the Maidan finished, and I started working in the Fiscal Service. There was everything: public lustrations, video broadcasts, journalists came to my home ... Therefore, it doesn't scare me any longer. My family has no problems and has no fear of being open, because there is nothing to hide.'