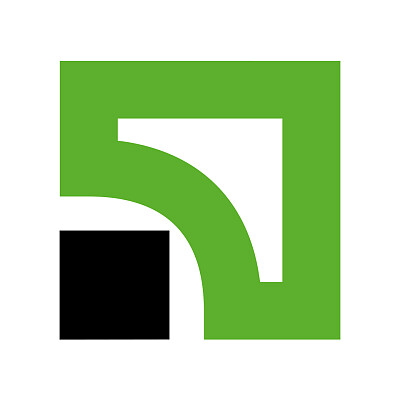 The largest Ukrainian bank in terms of assets. The leader of the retail banking market in Ukraine

The largest Ukrainian bank in terms of assets. The leader of the retail banking market in Ukraine

The only shareholder that owns 100% of the bank is the state represented by the Cabinet of Ministers.

Since January 2018, the head of the board is Petr Krumphanzl, a Czech mathematician and banker.

Deputy Heads of the Board:

Since July 2019, the bank's supervisory board has been chaired by an American woman, Sharon Easky. She was an international advisor to the US Treasury's Technical Assistance Office and an expert advisor to the IMF.

According to the media, it was a former Komsomol member Serhiy Tihipko who offered Leonid Miloslavsky, the son of an influential official in Dnipropetrovsk, to create a bank.

Three partners who at that time were selling chocolate bars, appliances, and metals, liked the idea. Only Kolomoisky opposed. He didn't see the reason why one may need a bank if you can use the services of those that already exist. Later, he changed his mind and got behind the idea.

Tihipko became the first chairman of the board of Privatbank. It was also him who named the bank. The first team of the bank included people close to Tihipko in the Komsomol.

According to rumors, the head of the Dnipropetrovsk region Pavlo Lazarenko forced the bankers to rewrite a share in the business to his man. Serhiy Tihipko had 16.6% of the shares.

The bank was headed by Tihipko's deputy Oleksandr Dubilet who was working in Privatbank since 1992. Oleksandr Dubilet is the father of Dmytro Dubilet, former minister of the Cabinet of Ministers Oleksiy Honcharuk (August 2019 — March 2020).

The liquidation of one of the country's largest banks could hit the country's economy way too hard. Therefore, the National Bank proposed to the board of Privat a plan for restructuring insider loans. However, the bank's shareholders did not fulfill the plan.

Individual Deposit Guarantee Fund introduced a temporary top-management and sold all 100% of the shares to the Ministry of Finance for UAH 1.

These are Zirka Bukovel and Radisson Blu hotels, 16 ski lifts and land plots. Their cost is UAH 12.6 billion.

The rest of the resort is owned by Skorzonera, a company associated with Ihor Kolomoisky and Hennadiy Boholyubov as it was Privatbank's guarantor for refinance loans.

In March 2020, it became known that Privatbank had begun looking for a consultant to sale the resort.

In Ukrainian courts, the brothers are trying to cancel the decision and prove they are not associated with the bank. Meanwhile, in London, they are trying to prove the opposite — that they are doing a joint business with Kolomoisky.

In November 2014, the GPU opened criminal proceedings under the article "Misappropriation, embezzlement or conversion of property by abuse of office."

'110 billion hryvnia before the nationalization of PrivatBank, which took place in ... 2016, were removed to a number of companies that exist only on paper,' the journalists told in their story.

'In the statement of claim, Mr. Kolomoisky wrote about raiding by the state,' First Deputy Governor of the NBU Kateryna Rozhkova told Finbalance. Back then, the Ministry of Finance published a letter from Ihor Kolomoisky and Hennadiy Boholyubov, dated December 16, 2016. The shareholders asked Prime Minister Volodymyr Groysman to purchase the bank's shares and make a positive decision on its further capitalization.

Privatbank lawyers have also filed lawsuits against the former shareholders in the courts of several countries.

This way, in the Delaware Court of Chancery, there is a statement of claim of over $600 million, in The High Court of Justice in London, there is a claim to recover $3 billion from Kolomoisky, and another claim for 2 billion shekels (about 515 million euros) is being considered in Israel.

'This is what was stolen after the Revolution of Dignity,' Sytnik specified.

Privatbank is one of the most innovative banks in the world. More than ten years ago, it became one of the first in the world to use one-time SMS passwords.

Among the latest innovations that have received recognition around the world, there are products such as a mini payment terminal, access to the Internet bank via a QR code, online cash collection, as well as dozens of different mobile apps.