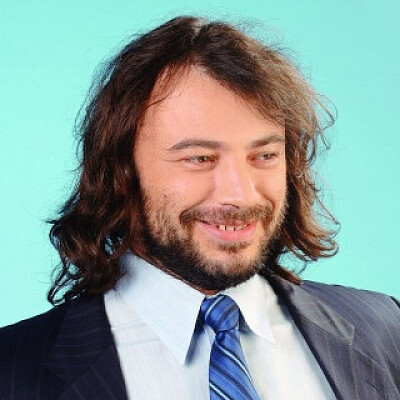 CEO Fozzy Group and the ultimate beneficiary of the organization. According to the Ministry of Justice, he is the owner of 69 companies in Ukraine.

'Mayskiy Tea, a company that became our friends back in Dnepropetrovsk, hosted us there. The company was headed by Hennadii Maidaniuk. He gave us a couple of useful tips, allocated part of his warehouse and a room for our office. His stock managers and loader-men helped us on a friendly basis. It was at Kurenevka. We were there for almost a year, trading exclusively in wholesale from a warehouse. We advertised [our goods] in the newspaper and sold it,' Kostelman recalled.

The mall is officially owned by two companies. One of them is Alakor City LLC (owners are the developer Olexandr Suslensky and the company registered in Panama). The second is Expania Retail (the ultimate beneficiary is Volodymyr Kostelman).

According to Novoe Vremia magazine and Dragon Capital, Volodymyr Kostelman is one of the TOP 20 richest Ukrainians. The businessman's fortune is estimated at $283 million.

one of the largest confectionery manufacturers in Ukraine and Eastern Europe

In 2016, Roshen signed a general cooperation agreement with Vostok Bank and deposited UAH 300 million there.

trade chain in the annexed Crimea

Silpo stores, which now operate in Crimea, were re-registered to Krimtorg-S LLC.

The company was founded in April 2014 in Simferopol. Its founder is Trading House Nezhin LLC from Moscow.

He does not talk about his personal life. It is known that he has a daughter, Zarina, of his first marriage. Now, being married for the second time, he got one more child.

Now, Mikhail is the owner of a recreation center in Privetnoye village near Alushta in the occupied Crimea. The company Bagira-2003 is registered on him.

Since 2015, the director of the company is Oleg Gritsenko from Fastov, Kyiv region. In social media, he shares photos from Crimea and invites friends to visit him there.

Bagira-2003 is registered in Ukraine. Until September 2019, its owner was Volodymyr Kostelman. Now, the company has been re-registered to Gritsenko. It is worth mention that the company is located on Butlerova str, 1 in Kyiv, the same address as Fozzy-Food LLC.

His daughter and parents are also co-owners of KSM 2006 s.r.o., a company in Karlovy Vary, Czech Republic that operates with property management and travel agency.

'Dressing in free style makes the business negotiations difficult, so we have to conduct them better. But then, the partners loosen their ties, and the next meeting, they are also dressed in anything but suits.'

'I can talk for hours about finances, contracts, negotiations, new premises, logistics. But I just don't understand politics and economics in general. Our revenue is sometimes more influenced by the weather than politics. My task is to feed people.'

'I wanted to win at Sportloto. I was sure that I would succeed, and once I even indeed succeeded. And then the theory of probability entered my life. While I was constantly in the black, I was sure that I decoded thе system. If so, everything is fine, why should I work at all then? And when I suddenly went to negative, I began to intensively create a new system. All my notebooks were written with various combinations.'