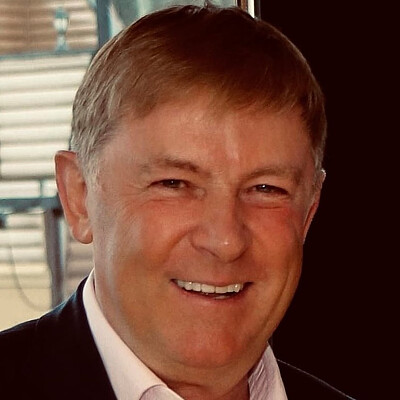 According to Liga that cites the official documents, in the 1990s there were only a few banks technologically capable of servicing large enterprises in Ukraine. According to unofficial information, Pavlo Lazarenko, a politician who was later convicted and sentenced to prison in the United States for money laundering and wire fraud, helped establish the bank.

'I personally saw documents signed by Prime Minister Lazarenko that ordered state-owned companies to switch to Aval,' Vitaliy Shapran, who worked at the bank in the late 1990s, shared his memories.

'When we concluded the contract in early 2019, ZIK belonged to other owners. There was working a team of independent journalists who fought against Russian propaganda. When the channel got new owners, everything changed,' the press service of the Milk Alliance explained.

On March 31, 2020, he died in a car accident that happened on a highway near Romanovka village, Novohrad-Volynsky District, Zhytomyr Region.

The businessman drove Mercedes Benz, he moved his car into a ditch and rolled over.

His mother Maria also died in the accident.

The leader of the People's Front party.

In 1998-2001, Yatsenyuk worked in the main office of Aval. First, as a consultant in the credit department, and later as an adviser to the head of the board. The last his job was the deputy head of the board of Oleksandr Derkach.

The owners are the sons of the deceased Fedir Shpyg, Andrii and Oleksandr (previously, together with Fedir Shpyg).

The co-owners are also Svitlana Smolii, the wife of the chairman of the NBU Jakiv Smolii, and the company Etalon Asset Management (its co-owner is Oleksandr Derkach).

For the media, Derkach claims to be a bachelor. He gives no information about his personal life.

'The medical reform has taken away 50 billion from the Ministry of Health and gives them to the so-called Health Service. Who is the head of this weird service? Mr. Petrenko. Who it he? He is the Deputy Director of the private company "Oberig". What kind of company is it? The owner is Maryna Poroshenko,' the former official wrote.

Derkach denied any connection with the president’s wife:

'I report. The owners of the Oberig Clinic are me, Fedir Shpyg and Victor Rybchuk. This is what we have repeatedly mentioned in our blogs. We created the company from scratch ten years ago by selling Bank Aval and paying all taxes to the state. Neither Mrs. Maryna, nor other members of the president’s family have had anything to do with our clinic. That's it,' the businessman wrote.

At the beginning of 2019, Yehor Derkach was listed as the owner of Pharmax Ukraine that was working with selling pharmaceutical products in specialized stores. His business partner was his school friend (Alexandria Gymnasium and London School of Economics) Mykyta Slobodskyi.

On February 17, 2019 Mykyta got into a car accident. According to the media, a BMW driven by Mykyta crashed a Daewoo Lanos at high speed, the latter caught fire. A female passenger burned alive in the cabin, she had an 8-year-old daughter. A BMW driver disappeared from the scene of the accident, but then he came to the police with a lawyer.

Mykyta’s father Ihor Slobodskyi, is Oleksandr Derkach’s business partner in Aval, Milk Alliance and co-owner with Derkach in other companies.

About the first steps of Volodymyr Zelensky:

'When a president publicly punishes or kicks out an official standing twenty steps lower, it always looks spectacular. And ordinary people really like it. The main thing is not to lower yourself to his level. I'm sorry.'

About how to increase retail sales without spending a dime:

'Teach your front-office staff to greet and smile at each visitor. Everyone, from the security guard at the entrance and the cleaning lady with a rag in her hand. Smile sincerely. Even if the evening before was quite intense. It is not easy to do this, by the way. People are not get used to it. And never hire former guard and zoo workers to monitor the office. They are initially taught not to look in the eye and not to communicate with people.'

'If your mother-in-law is going to make cottage cheese in the kitchen, and your wife is going to sell it in the market, then you do not need any partners. If your project requires investment and carries great risks, then it is better to share them with someone. As for me, I would rather have 10% in 10 good businesses than 100% in an excellent one. Although the optimal number of participants for me is three.'

'I've read the revelations of His Holiness and Beatitude Patriarch Filaret. About the "illegitimate" Metropolitan Epiphanius. A respectable, dignified person ... What can I say. If I, having reached the age of 90, suddenly start to give some kind of interviews, for God sake, hit my head with something. I allow you.'

'Do not take staff from your closest competitors. They will bring you a completely different culture. We never take people from Privat, and neither Privat ever taken staff from us.'