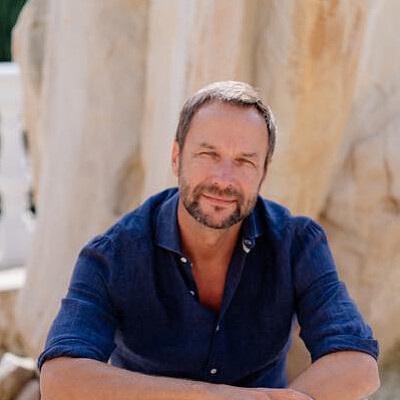 Vitaliy Antonov believes that the American manner of behavior allows one to do business better.

'He makes his employees smile. During the economic crisis, he organized a joke contest among drivers at his gas stations. For the best humor, he gave them several liters of gasoline,' Antonov’s acquaintances told reporters.

Over time, he traded oil tproducts hrough barter. According to one version, the Russians transfered it to Hungary for processing, and from there, it came back to Ukraine as gasoline and diesel fuel. So, one of Antonov's colleagues in mountaineering that worked in Parliament helped him establish business in this industry.

Antonov's fortune is estimated at $161 million. According to the list of the richest Ukrainians, compiled by Novoe Vremia magazine and Dragon Capital, Antonov "dropped down" from the 23rd to the 36th place as his fortune decreased by 27%.

According to Focus.ua, the founder of OKKO Group is in the 18th place with $520 million revenue.

A politician, millionaire, former member of the Party of Regions. He is Antonov’s godfather as he baptized his son Vitaliy.

Born in Stryi. A businessman, owner of the window factory Ekran. A former deputy of the Lviv regional council. In 2015, he ran for mayor of Stryi.

Antonov told Fortuna, a local media, that if his long-time friend and business partner Karpinskyi won the election, he was ready to transfer his entire business to his hometown and re-register Galnaftogaz there.

In 2004, Antonov was looking for money to develop a gas station. At that time, he met with Mazepa and became his first client. They placed Galnaftogaz shares on the Frankfurt Stock Exchange.

According to the media, it was the first time in the history of Ukrainian companies when a private company was floated on a stock exchange. However, Antonov’s company was presented to foreign investors as a retail network as a Ukrainian alternative to European and American retail chains. Buyers estimated Galnaftogaz at 5 million, and it was more than expected.

The stock floatation played an important role in the future. According to the experts, such publicity helped Antonov get a loan in 2005 from the European Bank for Reconstruction and Development.

Now, there are almost a hundred gas stations pledged by the EBRD creditors.

Most of these companies win almost all the competitions for the providing security services for educational institutions in Lviv. Since the beginning of 2020, there have been signed numerous agreements for several million hryvnias.

For instance, in January, the education department of the Shevchenkivskyi and Zaliznychnyi districts of the Lviv City Council announced a tender for security service for the protection of the territory and premises. One of the companies offered its services for UAH 1 million, but it was rejected. Effort-Garant, a subsidiary, in its turn, offered to protect the premises for UAH 1.45 million. The final contract was eventually signed with the company owned by Antonov's wife.

With no luck, the competitors are trying to challenge almost all the contracts, even those worth little money. Sheriff is one such companies.

Information in the verification process
8

'I look at money according to the Marxism-Leninism theory. They claimed that money is a relationship. And you can measure relationships with money. What kind of relationships have you built with the outside and inside world, and how good are they? High-quality relations mean you get more money; low quality, less money.'

'Sometimes, I hold meetings from the gym. Often, I realize that when I am in the gym, I got the best decisions and some kind of clear insight of the situation. Probably, it is a result of oxygen rushing to my brain through physical activity.'